The early days of the Aviator

Home/The Aviator/The early days of the Aviator
Previous Next

The early days of the Aviator

Digging around the other day we came across a set of photographs of the very first Aviator, the “First of the Few”. This first unit was very much a prototype and although it had a full front panel initially it was mounted into a rack case with all the additional electronics circuitry bolted on. Later the unit was modified, put into a proper case and the additional circuitry tidied up. On the very early Aviators the 3 Voltage Controlled Oscillators and the Voltage Controlled Low Frequency Oscillator were built on individual circuit boards that were stacked. The 24dB Low Pass Filter, the Range Switch and Ring Modulator Circuitry were also on individual circuit boards. 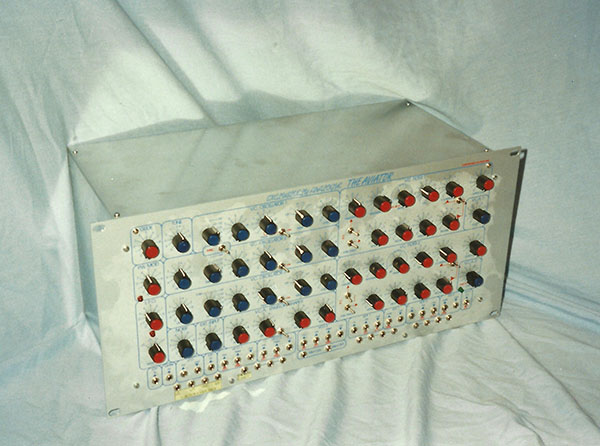 When we did the update last year to build the “Last of the Few” we did quite a major redesign to tidy up the circuit boards without changing the actual circuitry or sound of the Aviator. The 3 VCOs and the VCLFO were all put on a new single PCB, the Range Switch circuitry was combined with the Range switches into a new PCB, and the Ring Modulator moved to the main front panel PCB. We kept the 24dB Filter circuit separate since it allowed the option to put different types of filters other than the standard SSM2044.

The customer we’ve just sent number #45 to (in Germany) actually already owns one of the early ‘Silver faced’ Aviators that he has had for the last 17 years. Obviously after 17 years the potentiometers have worn and so this has been sent back for an overhaul – the current plan is to replace all the potentiometers and rotary switches to make it as good as new.

If you are lucky enough to own one of the early Aviators then there is the option to have it overhauled by us. We can also change the front panel to the newer Black design if you wish. As a word of caution though, if you look at the analogue synths from the 70s some of the rare pieces are now commanding high prices. There will only ever be a maximum of 50 Aviators, 10 of which will be the new ones with the black face and knobs. The earlier Aviators are already “collectors” pieces so from an investment point of view they should remain looking original.

Another photograph we discovered recently was of a large portable Moog Modular system in 1994. The 3 lower cabinets were the property of Exclusively Analogue and the system eventually ended up with a collector. The 2 top cabinets were a System 15, with additional sequencer cabinet, that belonged to a colleague. 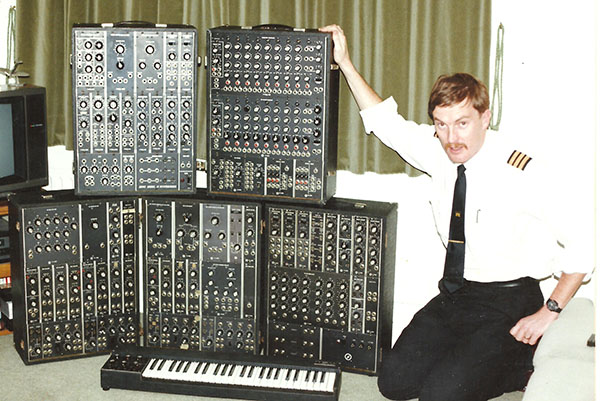 Having worked on a whole host of the ‘classic’ analogue synthesizers we’re happy to offer a routine maintenance service and you can find details on the relevant page on this site.