Finally back in the workshop

Home/Uncategorized/Finally back in the workshop
Previous Next

Finally back in the workshop

A line from ‘Arnie’ in the Terminator movie of “I’ll be back” I can now change to “I am back!”  At the end of 2014 the takeover of the airline I worked for caused me to make the decision to go somewhere else before the airline ceased to exist. I ended up working in the United Arab Emirates flying nice new Boeing 777 and 787 aircraft all over the world and that provided some unique opportunities but kept me busy.   The flights I operated took me to lots of new places including Chicago, San Francisco, and Los Angeles and during those flights I managed to meet Rob Drinkwater at Chicago University and Mr E-mu himself, Dave Rossum in Scotts Valley, California.

I had been in contact with Rob Drinkwater previously because the university has quite a large original E-Mu modular system and I was able to help them repair some of the modules by providing replacement sub modules to get the system fully functional again.  Whilst on stop overs in Chicago I took the opportunity to actually go to the university, meet Rob, and see their system. 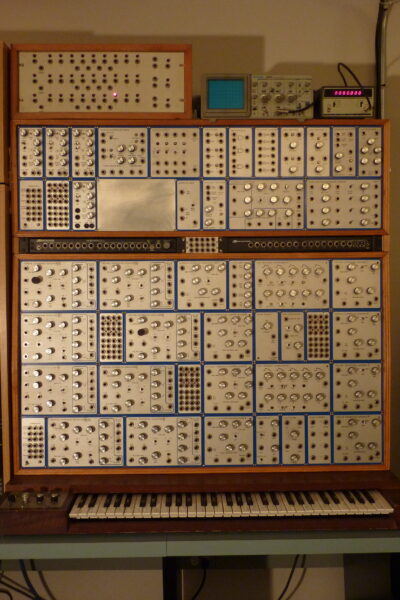 On my first flight to San Francisco I drove down to Scotts Valley and met Dave Rossum to thank him for his help in recreating the E-Mu modular as the Exclusively Analogue “Pioneer Tribute” system.  In 1992 Dave had kindly sent me a box full of unused E-mu modular parts, including some sub module pcbs, and although it took me until 2011 until I had the time to do it I used those pcbs as the start point to create the Pioneer Tribute modules.  As an interesting aside I was able to later provide Dave with a replacement Universal Active Filter sub module to repair his E-Mu modular.

Dave is an amazing person and I happened to meet him just as he was starting with the Rossum Electro-Music Eurorack modules. If you haven’t tried any of these amazing Eurorack modules from Dave I strongly recommend you do. http://www.rossum-electro.com   Subsequently I ended up helping Dave at the 2016 NAMM whilst on a stopover in Los Angeles (helped by the fact that the crew hotel was directly opposite the convention centre) by spending time demonstrating his new modules while he was busy doing interviews. 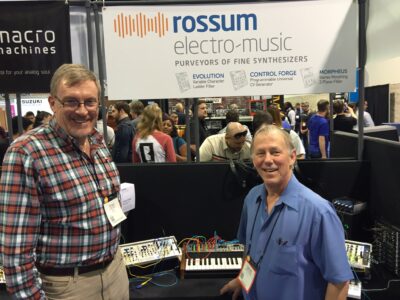 My time in the United Arab Emirates, and my career in aviation, came to an end in early 2020 when I decided to take early retirement and come back to England.  Little did I know at the time that it was possibly the best decision I have ever made because that was just as the pandemic started that completely decimated the airline industry.

Now I have the luxury of time, something that previously I had struggled to have enough of, to go back to the world of analogue synthesizers and in particular the “Pioneer Tribute” modular.  I have had time to build 2 more Aviators for a musician in Germany and service a couple of original Aviators that mainly needed the 25 year old potentiometers replaced. I have also worked on progressing the “Pioneer Tribute” system by sourcing more original 1970s components to maintain the original circuitry and also designing new modules.  The new modules have the same E-Mu modular look but utilize some of the re-released synthesizer ICs  (Curtis Electromusic)  and the new ICs from SSI (Sound Semiconductor Inc) which include the SSI2140 and SSI2144 filters based on the original designs of Dave Rossum.

I have also been helping the well respected English producer  Benge (Ben Edwards) to rebuild his E-Mu system which has in it the modules from the E-Mu modular system I originally bought from a pawn shop in America in 1992 and that started my love of E-mu modulars. 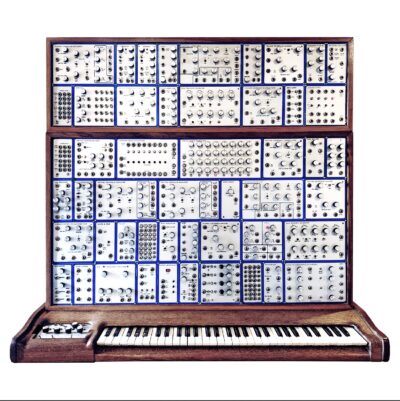 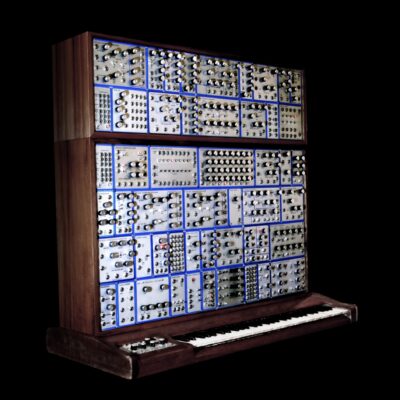 So to the future!  Exclusively Analogue is back and we can build “Pioneer Tribute” modules once again to create a complete system, add to an existing E-Mu modular system, or repair faulty original E-Mu modules.  The newly designed modules bring a welcome update to the classic E-Mu modular genre maintaining both the look and the quality of the original systems.   What is more important though is that the modules can produce the superb quality analogue sounds that the E-Mu modular is famous for.