Why Analogue Synths In A Digital World?

Home/Exclusively Analogue, The Aviator/Why Analogue Synths In A Digital World?
Previous Next

Why Analogue Synths In A Digital World?

I’m often asked why I remain firmly rooted in the past using technology from the 1970s and 1980s rather than taking the leap into the present and embracing the digital world. While you might think at my age I would enjoy nothing better than driving my car listening to classical music, heavy rock or perhaps the Bee Gees it might surprise you to know that Tiesto, the Swedish House Mafia, or a Trance compilation (played at the required high volume sufficient to get the whole car to become a bass resonator) is nearer the truth!

I know Trance is an acquired taste but what attracts me is that if you listen to most tracks you can guarantee that a lot of the sounds used are “analogue'” in origin and in particular a great deal of use is made of sweeping filters. Analogue synthesizers have been part of my life since the early 1970s when I used to listen to Keith Emerson, Rick Wakeman, Wendy Carlos, etc playing their Moog synths. I was captivated by the sound and my journey into building analogue synths began in 1977 when I built my first one, based on an article in an Electronics magazine. This synth, a Minisonic, was built whilst serving on HMS Hermes and whilst it was a basic analogue synth is could still produce some awesome sounds.

Little did I know that my passion for analogue synthesizers would take me on an incredible journey. In 1992 that same journey took me to a studio in North London where I ended up working on one of the most famous analogue synths, Keith Emerson’s huge Moog Modular. To think that 20 years earlier I had listened to this monster being used on the numerous ELP albums and there I was working on it! 20 years on from that and here I am still pursuing my passion and building analogue synthesizers again. 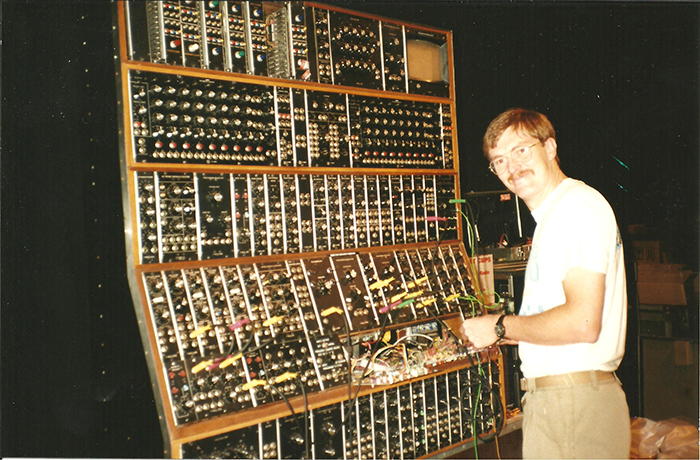 The key to the analogue sound is the filter and everybody is familiar with the much used Moog 24dB Low Pass filter, or similar from other manufacturers, but Low Pass is only one of many filter modes available to broaden the musical horizon. I particularly like High pass and Band pass filtering especially with resonance selected and the frequency being swept either manually or via an LFO. You can hear this on some of the Aviator sound samples we recently uploaded to the site that can now be found in the Sound Library.

Just having a 24dB Low pass filter is so limiting musically and that’s why the Aviator has 2 Multi Mode filters and I have concentrated on recreating the eMu Universal Active Filter. If you have never played about with a Multi Mode filter and just used Low Pass then I strongly recommend you try one. You can even do this on your iPad with the various synthesizer Apps (Korg iMS20 is a good example) but for me having the real thing with a big solid knob to tweak is a million times better than using a touch screen.

Everyone has their own preferences but for me analogue still has a place in this digital world and long may that continue.